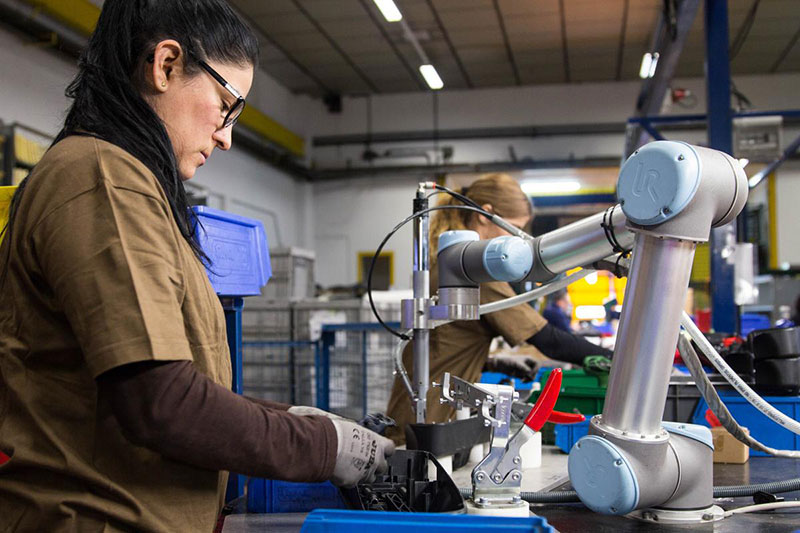 The safety feature and programming abilities make this new generation of robots better in terms of performance and productivity. Collaborative robots are less expensive to deploy and are excellent entry points into automation even for small and medium-sized companies.

Here is everything you need to know about the role played by collaborative robots in automation.

The key benefits of cobots

Cobots benefit manufacturing companies by offering precision performance and efficiency offered by industrial robots without changing existing assembly lines or work cells to accommodate them. This is because a cobot is compact and safe enough to work alongside humans. You can place a collaborative robotic arm on a countertop and have it perform at its best.

The ability to safely work alongside humans creates more opportunities for increased production and improved quality for tasks that were previously considered too small for machines.

Thanks to easy programming and a wide range of end-of-arm tools, one collaborative robot can be deployed sot perform several different functions on the same production line. They switch between tasks with ease and do not require an expert to configure them for different tasks.

Apart from easy programmability and safety, collaborative robots also come with the advantage of delivering reliable performance, especially for monotonous tasks that are error-prone when done by human workers. A collaborative robot has the ability to accurately perform the same task day and night without compromising on the quality of service or product.

The world is at a highly technologically advanced age, making it almost impossible to find an industry that does not use automation. Collaborative robots have had a significant impact on some industries, including:

The automotive industry was amongst the first industries to use robots in large-scale manufacturing processes. Today, automotive manufacturers and suppliers are using collaborative robots in their work cells and assembly lines. Tasks left to cobots in automotive plants include installing door seals and panels, CNC machine tending, screwdriving, as well as injection molding of parts.

Collaborative robots used in the healthcare industry come fitted with dexterous end-of-arm tools that help in different processes like the assembly of small medical devices and equipment with accuracy. Collaborative robots in the healthcare industry are also used in the movement of samples and supplies in cleanrooms since they minimize contamination.

From the applications of dangerous powder coats to performing repetitive tasks, cobots are making a huge impact in the aerospace industry. They are especially deployed for tasks that are hazardous to human workers, keeping them safe from toxic material or dangerous tasks. Thanks to their small size and portability, collaborative robots can be moves around large parts of an aircraft like the fuselage.

Collaborative robots are especially effective in assembly processes like installing small electronic devices like PCBs or tending to molding machines for cases and covers used for home goods and devices. Collaborative robots have highly advanced vision and sensor technology that makes them perfect for parts inspection and verification. This effectiveness allows cobots to be deployed even in food and beverage manufacturing processes.

Whether you are in the automotive industry or consumer goods manufacturing, deploying a collaborative will revolutionize the processes in your company.

All the gummies vitamins consist of sugar.

What Does a Conveyancer Do?

Situations That Call for an Emergency Plumbing Solution

Do You Need a Satellite Phone Today?

Invest In This Stock For Getting The Good Dividend