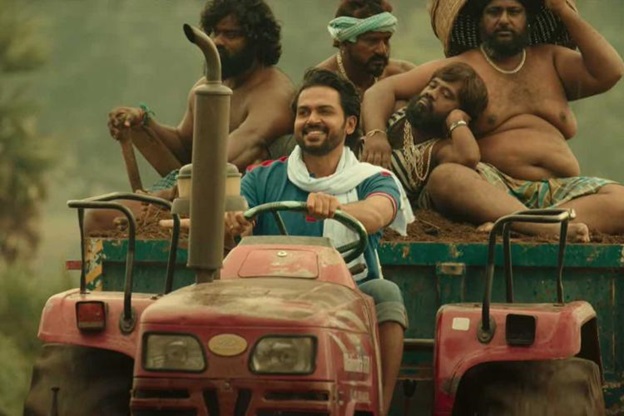 Cinema has been a constant source of entertainment and joy ever since it came into being. Ranging from a wide variety of content and transcending different genres, cinema has constantly proved its importance in every person’s life.

With the ongoing pandemic and its numerous safety lockdowns that have disturbed cinema’s way, OTT platforms and streaming services have helped the flame of cinema glowing.

One such industry is Tollywood, or the Telugu film industry that has seen a few eye-catching films come out during the pandemic and have helped keep the impact of regional cinema intact.

If you are looking to watch latest movies online, then here is one such movie you can surely watch during your movie nights.

Critically acclaimed for its action and plot, Sulthan is a movie that will, in all its 155 minutes, give a glimpse of what the South-Indian film industry has been offering to us since its inception. Filled with action sequences, chase scenes, emotions, and romance, it checks all the boxes to be a solid entertainer, and if you haven’t watched it, then this is your call to watch Sulthan movie online.

Telling the story of a young man Vikram and his journey that repeatedly shows his compassion and love for his family, Sulthan is one Tamil movie to roll out amidst the second wave of the pandemic. And critics, as well as fans cant, have enough of its brilliance.

With the story and direction being done by BakkiyarajKanna, Sulthan, released on the 2nd of April to the audience after many delays from the pandemic and has been streaming on OTT Platforms upon its release.The film flaunts a cast that includes the two main protagonists Karthi and Rashmika Madan in leading roles, and Napoleon, Lal, Yogi Babu, and Ramachandra Raju in supporting roles.

A fascinating watch, Sulthan centers on a motherless child Vikram brought up amidst criminals he knows as his brothers. After his father’s death, the mob leader, all responsibilities of the gang falls upon him, and it is here that he vouches to save his brothers from the rowdyism cleansing raid conducted by the Chennai police. Changing them for the better into civilized people isn’t easy for Vikram, but he does so with love and patience.

The plot gains momentum when Vikram is tricked into believing that he has received a marriage proposal from a nearby village. He is completely unaware that he is lead into the hunter’s trap he has been trying to avoid, and he unknowingly leads his brothers to a place where they are anything but safe. How Vikram saves his brothers and proves that every man has a good side forms the rest of the plot.

The movie is all about its action and depiction of raw emotions. Each frame portrays cinematic excellence, brought together by a good narration, outstanding performances, and thumpy beats.

If you enjoy regional films, you will enjoy the list of films picked and streamed on the OTT Platform AHA. AHA is a subscription-only streaming platform that lets you watch Telugu language content and regional films from the South dubbed in Telugu.

AHA recently added a few new movies, watched ‘Sulthan’ movie online, checked out their official website and the many plans they offer, and got your subscription today.